We were the only school to field two teams (20 players in total) in the competitive Year 8/9 age group, giving ten additional students the opportunity to participate in the one-day carnival.

The Year 8/9 carnival involved five matches in round robin format. Overall, Investigator Whites and Blues came fourth and second respectively, which was a solid result for the College and a testimony to the depth, ability and enthusiasm for netball at Investigator College.

Our Year 10 girls played four games and placed fourth in their division, but had a great day in the sunshine, some fun, and some great laughs.

Our Open Girls team played five matches and won three. The team played off for third position and won that game convincingly, finishing third overall in a very tough competition.

We are incredibly proud of all of the Investigator girls.

A huge thank you to Erica Modra, Jacqui Pontifex and Courtney Marks for their coaching and umpiring expertise on the day. 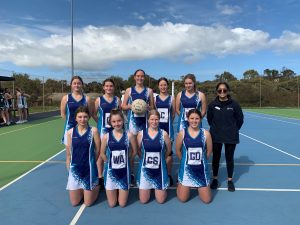 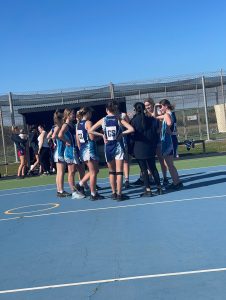 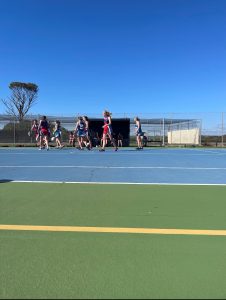 In order for the student transition visits to run smoothly, please arrive at the Reception classrooms by 8.45am so that we can meet you and settle Joel into the classroom.

These transition sessions are designed to give new students to the College an opportunity to make friends and begin to feel comfortable with their new routines and surroundings.  Students are invited to attend all the sessions if possible and are encouraged to wear their ELC uniform or comfortable clothing.  Please pack a water bottle and fruit/healthy snack for each session. For our final transition visit on Friday 3 December please also pack the students a lunchbox as we will be sharing our eating time with the current Reception classes and joining them for their play break.